Hey there! Well it's about time... Got around to redoing another Critter Rider. The Hamster Jouster was eluding me for the longest time until a magic little moment today drawing at Starbuck's...

The Hamster Jouster sorta unwittingly started a series of drawings I called the Critter Riders. I combined my love of drawing knights, gladiators and jousters with my love of critters... The hero being the Hamster Jouster. They started out as black and white ink drawings. I did the Hamster Jouster as a big watercolor drawing and even tried it in oils - my painting skills with oils at the time still being very rough and unrefined... they still are. :-\ I also did one or two of them as digital paintings. They were pretty good but most of the series were more portrait like in the way they were posed and drawn, some had a little action to them. While I do still love many of the drawings I wanted them to be more dynamic, to have more action or be more intimidating.

So, there I was a few month ago, about to finish off a sketchbook and decided to (out of nowhere) take a break from my hamsters and monsters to revisit the Kangaroo Rat Rider. It was a drawing I did back in 2010 and was never quite happy with it. I just started sketching and it just started to click! I had to strike while that brush pen was hot, so I kept on going! Instead of stopping at the inking part I busted out the watercolors and, taking what I had learned up to that point in painting, took the drawing to a new level. Success! I had achieved the dynamic quality I was looking for with a new look for his armor and a kangaroo rat that looked more like a kangaroo rat. I was happy with it. It reignited my interest in my Critter Riders... I wanted to revisit them all, now! 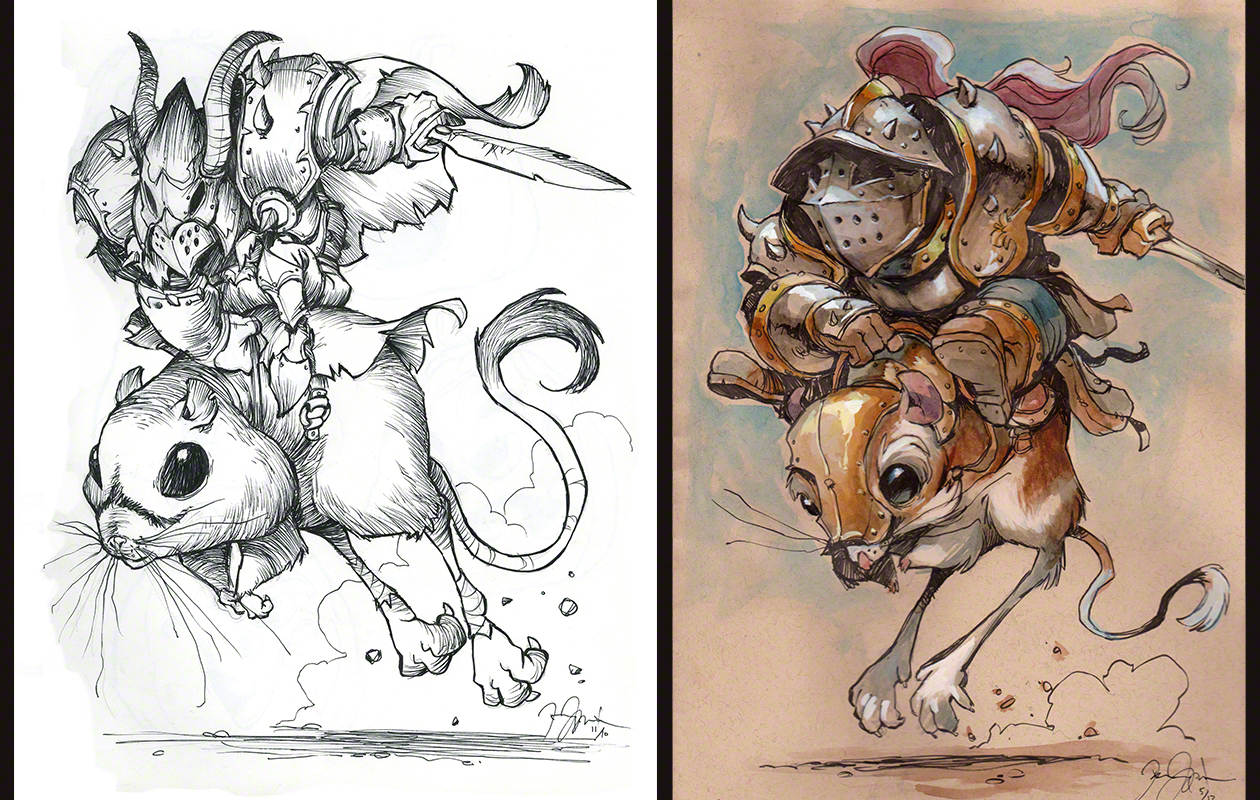 Thinking lightning would strike twice, in the same place, within a few hours of each other... I started sketching the Hamster Jouster. Nothin'! OK, maybe lighting would strike again within a few days... nope! This went on for some time before I just gave up. I won't show you the other tries, they're just too not good. I was frustrated and defeated. I just couldn't catch that fire again! And being one who won't go out like no punk b***h I kept at it. Suffice it to say that the newer sketchbook is a few pages lighter courtesy of some page tearing out.

There I was at Starbuck's today... in similar fashion... I had just finished up a hamster and monster painting in my sketchbook and I was sort of aimlessly drawing. The thought crossed my mind - "Give that jouster another try..." - "Alright... let's take a break from hamsters and monsters and try this again..."

Before I knew it I was feeling that fire again! I knew what I wanted the drawing to look like! I could see it in my head so clearly... the Hamster Jouster barreling down on his opponent - the viewer getting to see what his ill-fated enemy sees just before he is unhorsed (or unratted). I checked some armor reference on my iPad and just started drawing frantically! It was so clear in my head and I couldn't get the idea down on paper fast enough. All drawn out and inked I packed up my drawing supplies and headed home where I would take my time painting it. Here it is! 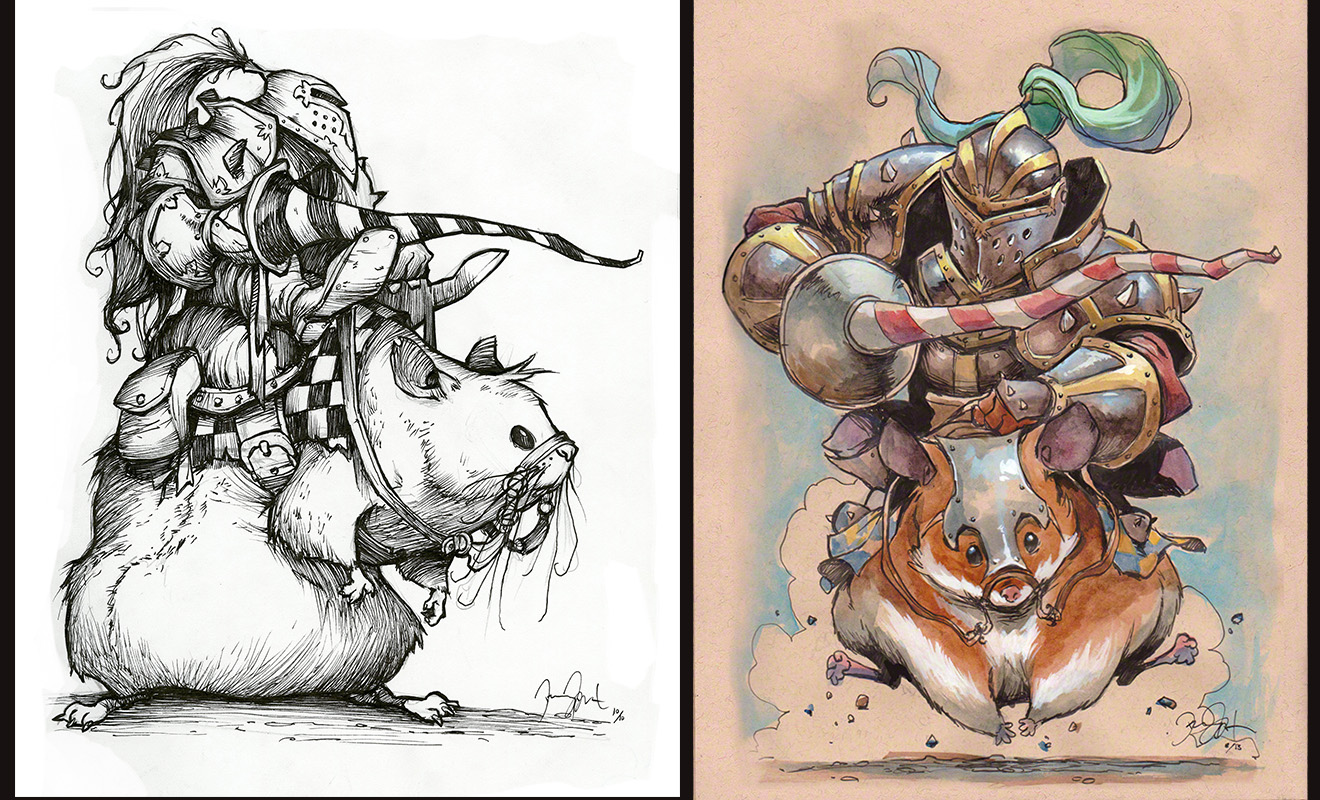 I guess the lesson here being to not try to force it and whenever I want to redo one of these older drawings, wait until I feel like I need a break from hamsters and monsters to draw... hamsters and knights. :P